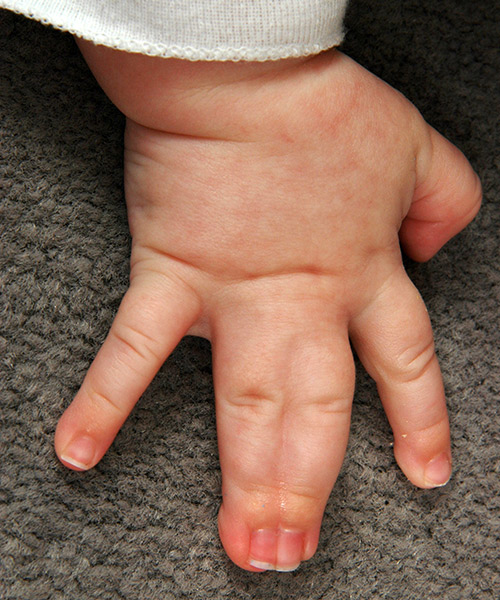 The best answer here is yes, no and sort-of:

Most cases of syndactyly, that are not associated with a syndrome, are sporadic or without a known genetic relationship. Said another way, every child has an equal chance of being born with an isolated syndactyly- most commonly of the long and ring fingers.

It is estimated that between 10 and 40% of cases are passed on genetically, mist commonly from the paternal side and more frequently passed from to males than females. Although syndactyly may be autosomal dominant, meaning there is a 50% chance of an affected family member passing on the gene, it is variably expressed and penetrance is incomplete. This means that syndactyly will often skip a generation or present in different forms from previous affected family members.

Scar Care
Next
Syndactyly FAQ: What is the Treatment for Babies with Syndactyly? 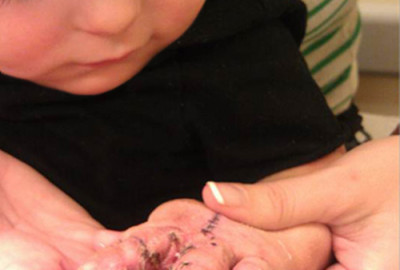 Choosing the hand doctor is a very important decision. While there is no one right way to choose a hand surgeon, there are some things you… 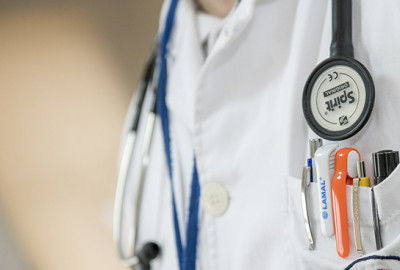 Syndactyly FAQ: What sorts of specialists will be involved in my baby’s care?

At the very least, your child will be treated by the hand surgeon and a certified hand therapist. In addition, a geneticist and developmental pediatrician… 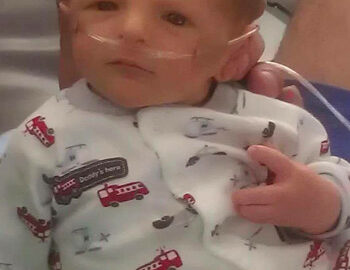 Syndactyly FAQ: What is done between the time my baby is born and the first surgery?

You will meet with your surgeon soon after your baby is born. In some cases, diagnosis is made prenatally by ultrasound exam, and you may…

Syndactyly FAQ: What is the Treatment for Babies with Syndactyly?

While every patient is treated individually, with treatment plans made specifically for him or her, some generalizations are possible. Syndactyly is treated surgically, with an operation…